Why You’re Shit At Multitasking

In fact there is more than 51.6 million web pages teaching “multitasking”

Don’t fall for the hype and BS, stop snorting the multitasking drug. It’s a myth that only leads to failure

Steve Uzzell once said – “Multitasking is merely the opportunity to screw up more than one thing at a time”.

Ever feel like you’ve worked your ass off all day but yet you got nothing done?

Yeah me too and chances are you thought you were doing the smart thing by multitasking when actually you were royally screwing up your productivity.

Let me give you a quick history lesson…

The concept of humans doing more than one thing at a time has been studied since the 1920s but the term “multitasking” didn’t come about until the 60s.

Back then it was used to describe computers (not people).

The speed of computers seemed so fast that they needed a whole new word to describe it’s ability to quickly perform many tasks.

In hindsight they made a mistake using the word multitasking.

Multitasking is about multiple tasks alternately sharing one resource, the central processing unit or CPU for short

But in time the context got skewed and became known to mean multiple tasks being done at the same time by one person or resource.

After all computers can only read one line of code at a time so when they “multitask” they switch back and forth, alternating it’s attention until both tasks are done.

It just does it at such a fast speed that it gives the illusion it was done all at the same time..

So if a computer can’t even multitask what the fly frog shyt makes you think you can?…

But I’m talking about focused work that takes mind power.

You can’t perform an effective sales call while writing a great blog post now can you?

The more things you split your focus between the lesser the quality of work you are putting out.

Instead, create time blocks for focused work and give all your brainpower to that one task before moving on to the next

Stop chasing two hares, because we all know you will come home with non

So if you’re ready to focus on quality work that leads to real results then below is exactly where you need to go.

Without spamming social media, annoying friends and family or risking a shit ton of cash.
Click Here to Find Out How
FREE PDF 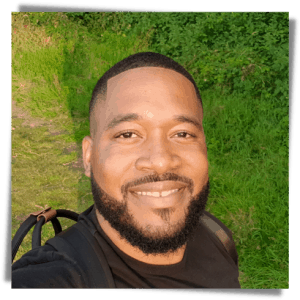 I do what I want, when I want, with whom I want because I’ve got an internet business that gives me freedom. Wanna know how I did it? Subscribe below and I’ll send you my free mini PDF that reveals all!

Your information is 100% safe